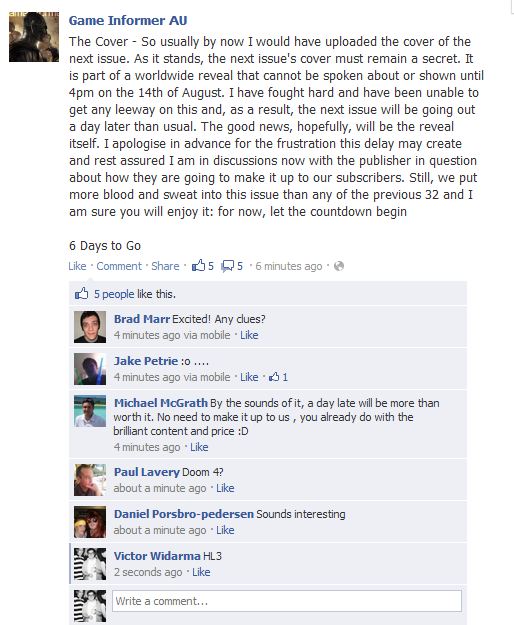 The Australian editor of GameInformer has teased (via Facebook, see linked image) that the magazine's next issue is to be a big one due to its cover.

He refers to the cover as "part of a worldwide reveal that cannot be spoken about or shown" until the designated date, which happens to be 4pm Australian time on August 14.

The editor goes on to state that he "fought hard" to shed more light on the subject by sharing it on Facebook but was unable to make any leeway on the cover itself. Granted, this might just be a way of hyping the cover, but he adds that the issue will have to go out a day later than usual because of the embargo on its cover—which is highly atypical of game announcements.

Needless to say, it's going to be a big issue, so keep your eyes peeled for it.