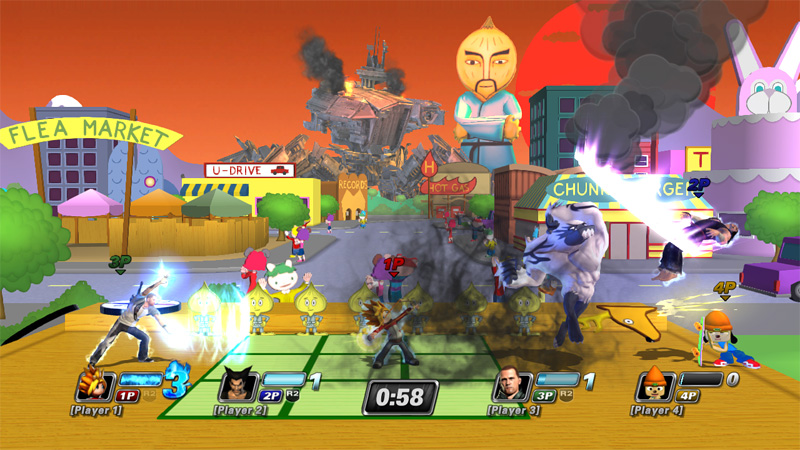 Better late than never. In response to a tweet today, Sony Santa Monica has struck down with finality any possibility that Crash Bandicoot or Spyro the Dragon would show up to PlayStation All-Stars Battle Royale.

As Mark Cerny talked about at length in his Road to PS4 talk, Crash and Spyro were two of Playstation's early hits, a product of Universal Interactive Studios and their publishing deal with Sony Computer Entertainment. Although the games were developed with intimate collaboration with Sony, Sony was to ultimately relinquish their claim on these IPs for them to go multiplatforn.

Today, both Crash and Spyro are owned by Activision Blizzard, and although they continue to release games for both series on Sony's platforms, Activision has appeared reticent to have them appear in PlayStation All-Stars Battle Royale. This, of course, smacks of the greatest irony, as PlayStation All-Stars Battle Royale's roster has been filled out with many characters from 3rd parties, including no less than Big Daddy, Colonel Radec, Isaac Clarke, DmC Dante and Raiden.

After some digging around, I found that many players suspect Sony Santa Monica has stopped work on the game. Although no one has given the fan community official notification, they have noticed patches to fix bugs and rebalance the roster has simply stopped. The last tweet I've found making reference to an update comes from Seth Killian last May:

This really should be no surprise, as Shuhei Yoshida has himself admitted the game has not sold as well as hoped, dimming prospects for further DLC or a sequel. While Yoshida optimistically says never say never, with these tweets it's as close to confirmation that further development on the game has ended.