Square Enix France has taken to Twitter to tease that Final Fantasy Type-0, the PSP-exclusive game released some time ago only in Japan, may be heading to the West.

When asked about a possible Western release for the game, Square Enix France was quick to respond that details about the game would be given at this coming E3. These announcements are apparently set to be a part of a series of small surprises that the company intends to reveal this coming month.

There is a good chance that Final Fantasy Agito, which was released a few days ago in Japan on iOS and Android devices, will be headed to the West as well. It’s set in the same world as Final Fantasy Type-0.

While there’s little chance that the publisher will release Type-0 as a PSP title in the West, it’s all the more likely that we’ll be seeing a release of the game on a much newer platform, like the PlayStation Vita. This is just speculation on our part, but we can certainly hope for that to be the case. 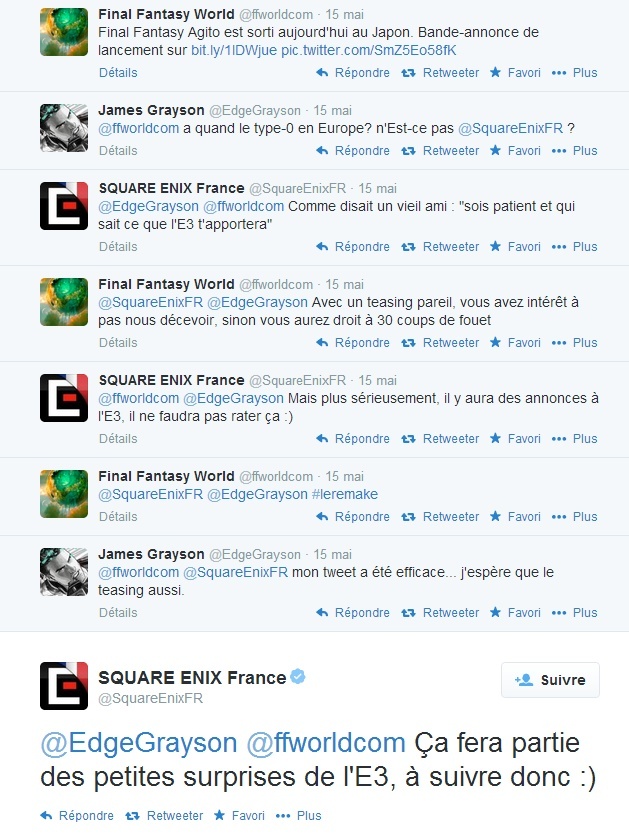