Bound by Flame Review: A Side-Quest for the RPG Genre 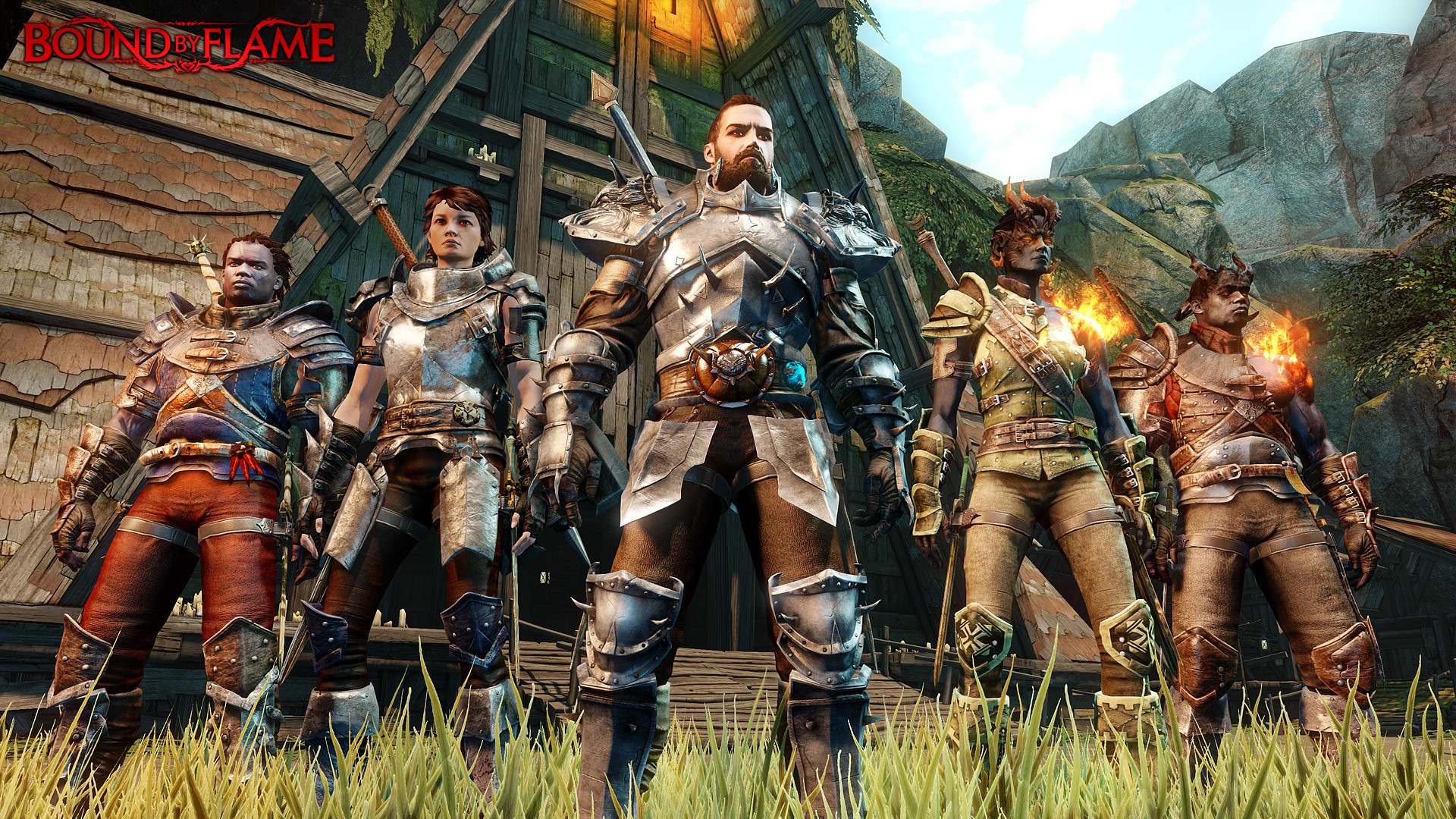 Bound by Flame is a fantasy themed action role-playing game developed by Spiders and published by Focus Home Interactive. This isn’t the first time Spiders dove into the role-playing genre. Their most recent game before this one was science fiction themed Mars: War Logs. While they might not have struck gold in the genre yet, Spiders is hoping to hit it big with Bound by Flame before all the big guns like Dragon Age: Inquisition come out later this year.

Spiders have noted in the past during several interviews that they weren’t trying to compete with blockbuster RPG titles, and a lot of people were perfectly fine with it. To be honest, avid RPG players just need a decent appetizer to start with before the main course. Let’s dive into Bound by Flame and find out if this is the game that will put Spiders on the map.

In the beginning of the game, players can customize quite a few things about the protagonist. You can choose the name, gender, face, and hairstyle. There wasn’t that much options to begin with and I thought that this was because I could go deeper into customization later on in the game. It turns out that the only thing you could customize beyond the initial editing was the armor. I also found it a bit confusing that the characters nor the world didn’t acknowledge the name I gave my character at all. People kept addressing him (my character was male) Vulcan and it takes a while for you to realize that it’s a codename given by his fellow mercenaries. While other games might have gotten away with this, it wasn’t really executed well and some players might annoyingly linger on it.

I was quite disappointed that there weren’t any clothing stores, barber shops, tattoo parlors, or other cosmetic shops around like in Fable. However, I do like the gradual demon transformation the protagonist experiences if you keep giving in to the demon inside your head. There’s actually a point where you can’t wear certain armor because your demon features like horns got in the way.

There isn’t much incentive to explore the world either. While it’s definitely not like Skyrim, don’t expect the type of freedom you have in Dragon Age or Fable since it’s pretty linear. I do have to give Spiders credit for having distinctly different areas as opposed to recycled ones. The textures aren’t bad or anything but it just didn’t seem alive in a “dynamic” sense. While the developer included a day and night feature, it really didn’t make an impact in gameplay.

I also really tried to get into game’s universe and lore, but it wasn’t engrossing enough for me. I think a lot of it has to do with originality. I mean there really isn’t much room for it in a fantasy themed RPG game, but a lot of good ones out there reinvent common tropes and make it their own. Unfortunately, the lore behind Bound by Flame feels more like it “copy and pasted” a lot of its material.

Consequently, I didn’t care much about the characters either. Some of them were interesting but they’re only limited to stereotypical roles like the cold witch or that character who is always sarcastic. You could advance the relationship by engaging in more dialogue. The conversation is laughably cheesy and I think I skipped it 90% of the time though. It didn’t help that the lip and dialogue were out of synch most of the time. You can also do some personal side-quests that are either fetch or escort missions. Sadly, it’s not enough to make them well-rounded characters. I won’t blame players if they don’t care about what happens to the world of Vertiel or the characters in it. I didn’t even care if my own character was turning into a demon since there wasn’t much room for Vulcan to grow and explore different emotions.

You do get to make a variety of interesting choices throughout the game. There are times when I accidentally select an option because I’ve been skipping too much of the dialogue. However, I didn’t really feel bad about it like I said because I wasn’t so invested in the game. I was really hoping for a moment that would really challenge me ethically and morally, but it’s pretty straightforward black and white morality.

I found it weird that I could only have a side-kick as opposed to having a party with me. I really like the idea of other characters interacting with one another instead of only with the protagonist. However, I guess you probably don’t need to since the game can let you shift classes easily and in the middle of a fight. My sidekicks tend to disappear on me a lot too and it can get frustrating at times. The crafting and inventory system seems pretty simple so I didn’t have a problem with it. You can change the appearance of your sword by customizing the blade and hilt separately, but it’s not really that noticeable.

I’ve tried the game on the PC and PlayStation 4. It’s pretty much the same experience and the only thing different is the touchpad functionality in the PS4. It lets you access different parts of the menu, but nothing that makes the gameplay aspect stand out.

In the end, I called Bound by Flame a “side-quest” because RPG aficionados could play this game to pass the time but it’s not an essential experience for fans of the genre. However, I recommend skipping this one if you’re not a huge fan of RPGs in general. I was really hoping that this game would finally launch Spiders into greener pastures, but it seems like they need to go back into the drawing board. They don’t need to be a blockbuster, but they still need to perfect a lot of the fundamentals to at least be decent.

Bound by Flame is developed by Spiders and published by Focus Home Interactive. The game is available on Microsoft Windows, PlayStation 3, PlayStation 4, and Xbox 360 platforms for the suggested retail price of $49.99. A copy of the game was provided by the publisher for the purpose of this review.