Black Mirror: Bandersnatch – How To See Every Ending | All Choices & Results Here’s a twist for you — Netflix is experimenting with interactive content, and one of their major tentpoles is a little Choose-Your-Own-Adventure called Black Mirror: Bandersnatch. Based on the anthology series, this is a dark tale of technology that the audience gets to control. As you watch the feature-length story playout, you’ll get multiple choices that change huge chunks of the story. There’s a ton of variation, with five major (and totally distinct) endings for you to discover.

It might seem simple, but the more fans have explored, the more they’ve found multitudes of tiny details in the narrative. It’s so complicated, there’s one dedicated fan that’s attempted to map out the entire story. Redditor u/alpine- is the hero here, with a lengthy thread discussing the many, many choices you can explore in Bandersnatch, and how to reach every single ending. It’s all packed into a legitimately huge image.

[WARNING: Huge spoilers ahead! Turn back now if you haven’t watched yet.] 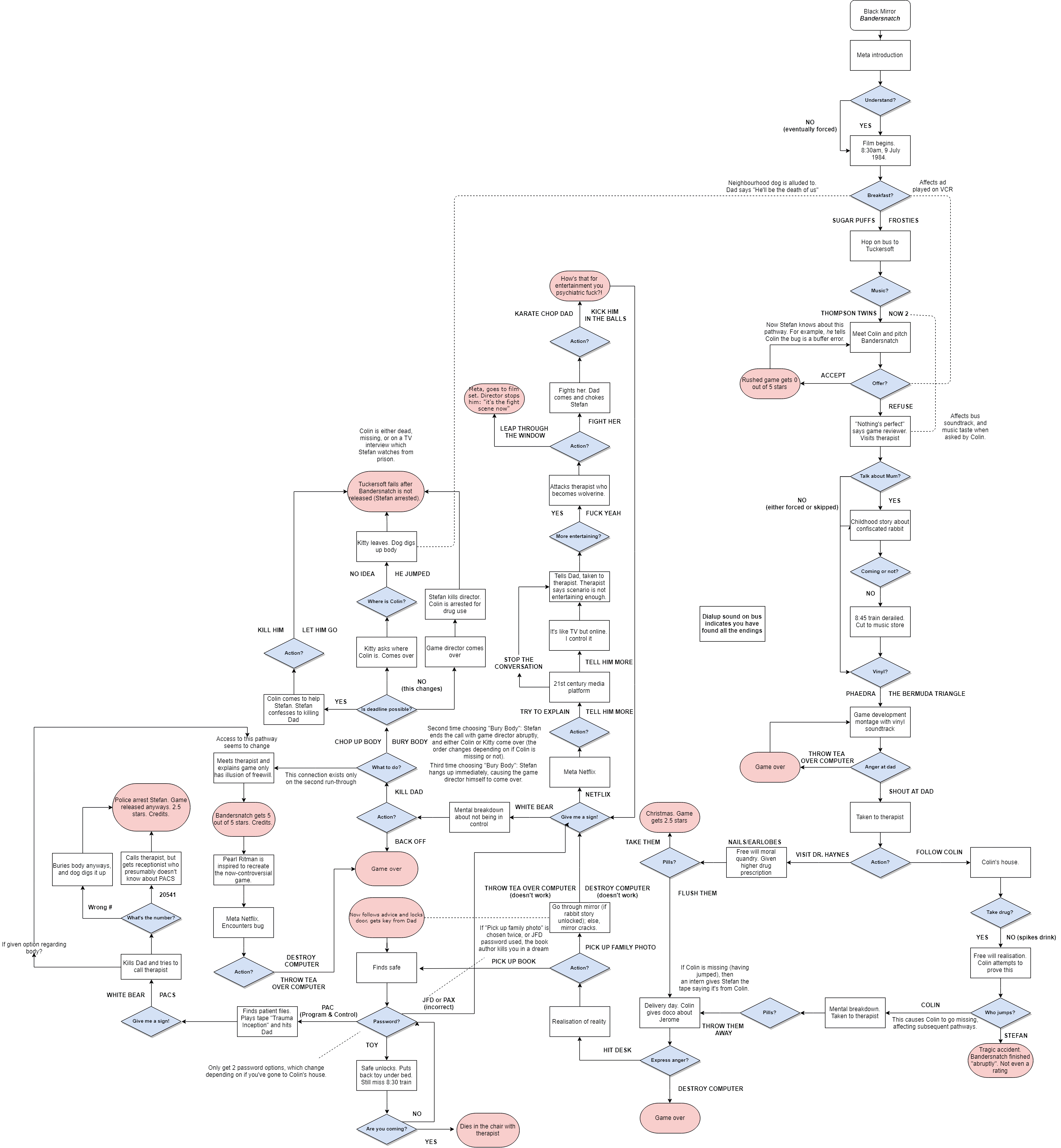 [Check out the full image HERE.]

As you can see, the story can loops back around and into itself, but there’s a few details you’ll want to know if you haven’t watched the ‘episode’ — you don’t have to rewind to see new choices or start from the beginning.

After watching once, you’ll be able to skip back to a previous choice on the timeline. There are specific, pivotal choices that result in huge changes — these are the choices you’ll rewind to most often. These rewind options to appear until you’ve seen all 5 major endings.

Although there are primary endings, there are small variations you’ll encounter in multiple storylines depending on your choices. The diagram above aims to (mostly!) cover every single fork in the road and result, but there might be more hiding in the strange algorithm of Black Mirror and Netflix.