Insomniac Games has really hit it out of the park when it came to their web-shooter, wall-crawling superhero title, Marvel’s Spider-Man.  With all the DLC finished, you would think the game would be done pumping new content out, right? Well, your wrong as the developer announced today two brand new suits for the game!

The two new suits are centered around the Fantastic Four, another major superhero group in the Marvel universe. In addition to the new suits being announced, the developer also mentioned that it is available to download now through the latest patch — 1.14 — for FREE! Insomniac has once again knocked it out of the park with this crazy new announcement.

Christos Gage Writer for Insomniac Games shared some interesting backstory on the two suits, in case fans were wondering how they came to be, make sure to check out the detailed backstory down below: 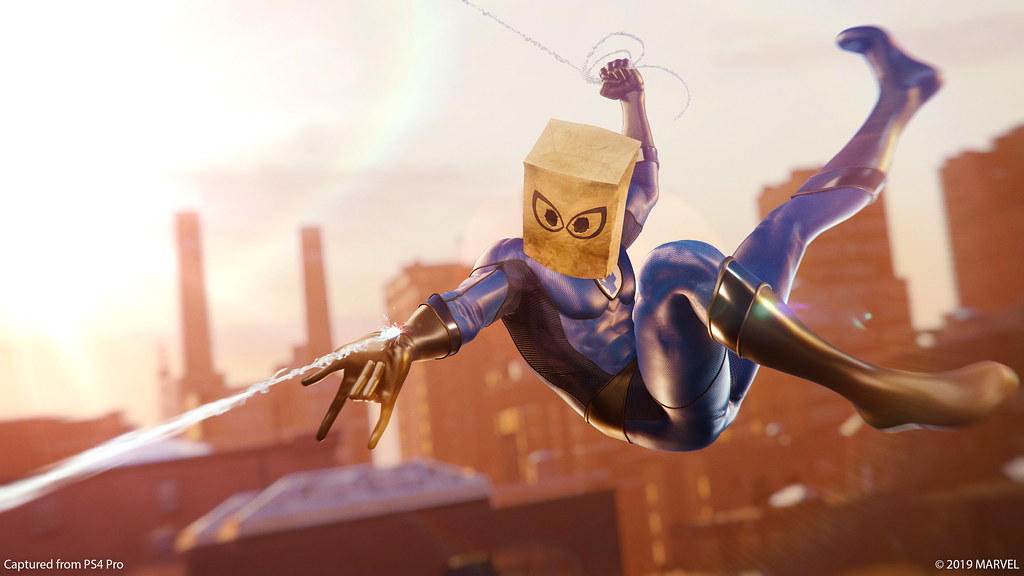 There have been too many cool Spidey/Fantastic Four moments to count, but one of the most memorable in their illustrious history was in Amazing Spider-Man #258, when Spidey swung by the Fantastic Four’s headquarters for help with the alien symbiote he was wearing as a costume (that’s right, it later became Venom). The Fantastic Four got it off, but then Spidey was left in his underpants (we’d never do something that silly in the game…wait, I’m being told we did). So Spidey borrowed a Fantastic Four costume…but they don’t have masks! So, to conceal Peter Parker’s secret identity, his frenemy, the Human Torch, gave Spidey a grocery bag to wear on his head. As The Thing might say, what a revoltin’ development!

Another chapter in their shared story came when Spidey actually joined the Fantastic Four, then calling themselves the Future Foundation, and they all wore cool black and white costumes. Hey, Dan wrote many of those issues, and I scripted one or two myself! That suit was awesome looking because – but you don’t want to hear me yap, look for yourself! 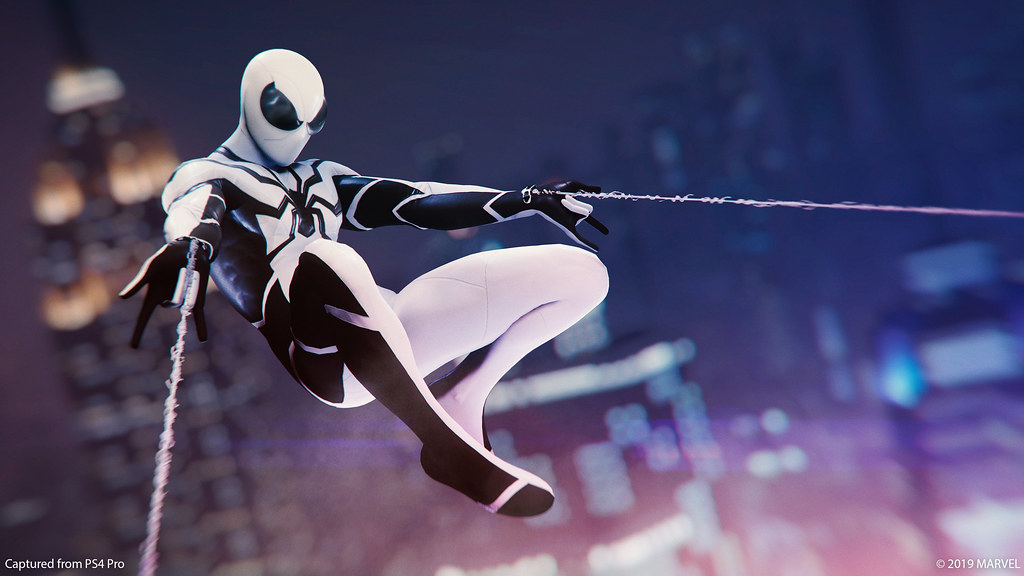 Marvel’s Spider-Man is now available on PS4. Are you excited about the two new suits? Let us know in the comments below!