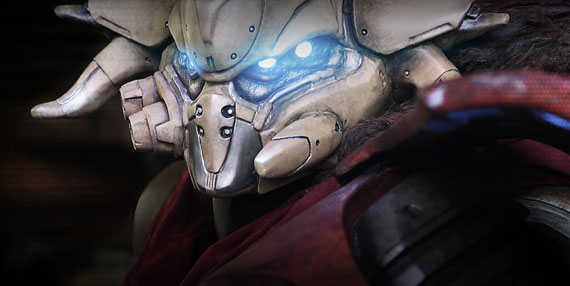 Longtime Bungie writer and creative collaborator Joseph Staten, who worked on the Halo series in its many incarnations, as well as helped develop Destiny, has announced on the official blog that he has decided to leave the company for other creative endeavors.

Staten’s official job title in Bungie was Director of Cinematics. In this capacity, he was in charge of creating the in-game movies for Halo: Combat Evolved, Halo 2, and Halo 3. He was one among several writers involved in fleshing out the Halo universe, with Rob Mclees in charge of the canon storyline, and Frank O’Connor doing the combat dialogue.

Staten was also chosen by Tor Books to write the fifth novelization of Halo, entitled Halo: Contact Harvest. Halo: Contact Harvest hit the New York Times and USA Today bestseller lists, with Staten getting credit for making a brilliant novel, although he was unproven in the highly competitive field.

Staten was also involved in other non-game iterations of the Halo franchise. In this capacity, he got to work with Peter Jackson’s Weta Workshop, and was involved with the movie project, which has remained in predevelopment. He also helped in the story for Halo Wars and Halo 3: ODST.

In his statement, Staten explained he was with Bungie for fifteen years, and actually helped flesh out Destiny for four of those years. Although it’s sad to see a seminal figure in the Halo series go, his statement piques the interest as to how ambitious Destiny really is. We may yet see the true extent of his talent yet.

Image is from Destiny.