Call of Duty: Ghosts has 30 changes 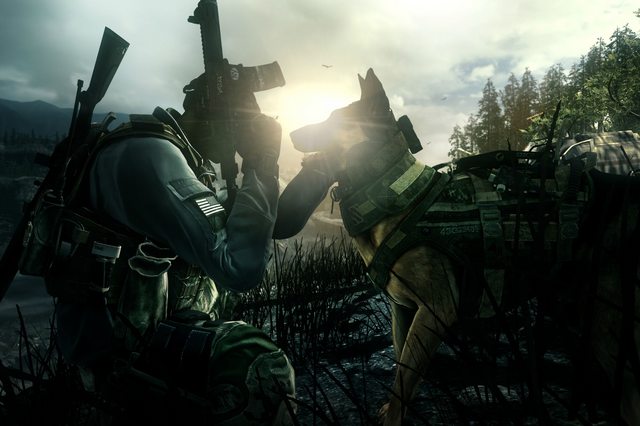 If you guys are ready, I'll just go ahead and rundown each change below:

2. You can now see the kill feed at the top right.

3. Stats like the kill death ratio have also been moved to the top right, and you won't have to open a menu to see them.

4. Knives have one second vulnerability.

5. You can destroy objects in any of the maps to gain tactical advantage.

6. Perks are divided into different sections

8. You can customize characters, of course, including making them women.

11. Strike packages have been brought back.

12. Pointstreaks have returned in place of scorestreaks.

13. Death streaks have been removed.

14. You use squad points to unlock equipment, but all weapons are available at the onset.

15. You get ten soldiers AKA profiles.

17. AI has been improved, in terms of corner camping and side strafing.

18. Movement is smoother thanks to the new engine.

21. A new iteration of profiles. You can take your 360 profile to carry over to Xbox One.

23. More things to do with Clans.  You can join, create, and manage a Clan from a single account. You can have Clan only skins and set Clan vs Clan playlists.

25. Season pass gives you the Ghost Team leader pack, and you can carry all the DLC over too.

26. Collector's editions, including Hardened and Prestige Editions as we covered yesterday.

27. The first 500 people to test the game during the "world wide tour' gets a copy of the Prestige Edition.

29. Different game modes include squads, league play, fighting with AI or other people. You can earn multiplayer XP and AI adapts to your equipment choices.

30. No more Theater mode. If you liked that one, sorry guys.