Jean-Sébastien Decant revealed some new details about the highly anticipated post-apocalyptic title that takes place after Far Cry 5. Fans of the series should already know how the world of Far Cry: New Dawn came about, and if you don’t I will not spoil it. However, Decant revealed 7 new category details that will have players itching to get their hands on the game.

Thanks to the PlayStation Blog and the conversation between Groizard and Decant, players can learn more about the game in full detail. Down below are the 7 new reveals made, check them out down below:

Montana is way more varied than before

17 years have passed since the events of Far Cry 5 and the world has been ravaged by nuclear holocaust — it goes without saying that Hope County has changed.

“The world has been rapidly retaken by the natural world in this time and the fallout from the disaster has caused some surprising changes: some elements from the west coast, for example, like sand and some seeds, were moved inland by strong winds, so now you have arid desert patches and crazy flowers right in the center of Montana,” says Jean-Sébastien.

“You have lush forest as before, but prairies have been replaced by massive sand dunes. There are some areas that are badly polluted almost like dead zones and, finally, we have high-radiation areas that create a boundary to the world, but which also contain some hidden secrets that you can find later.” 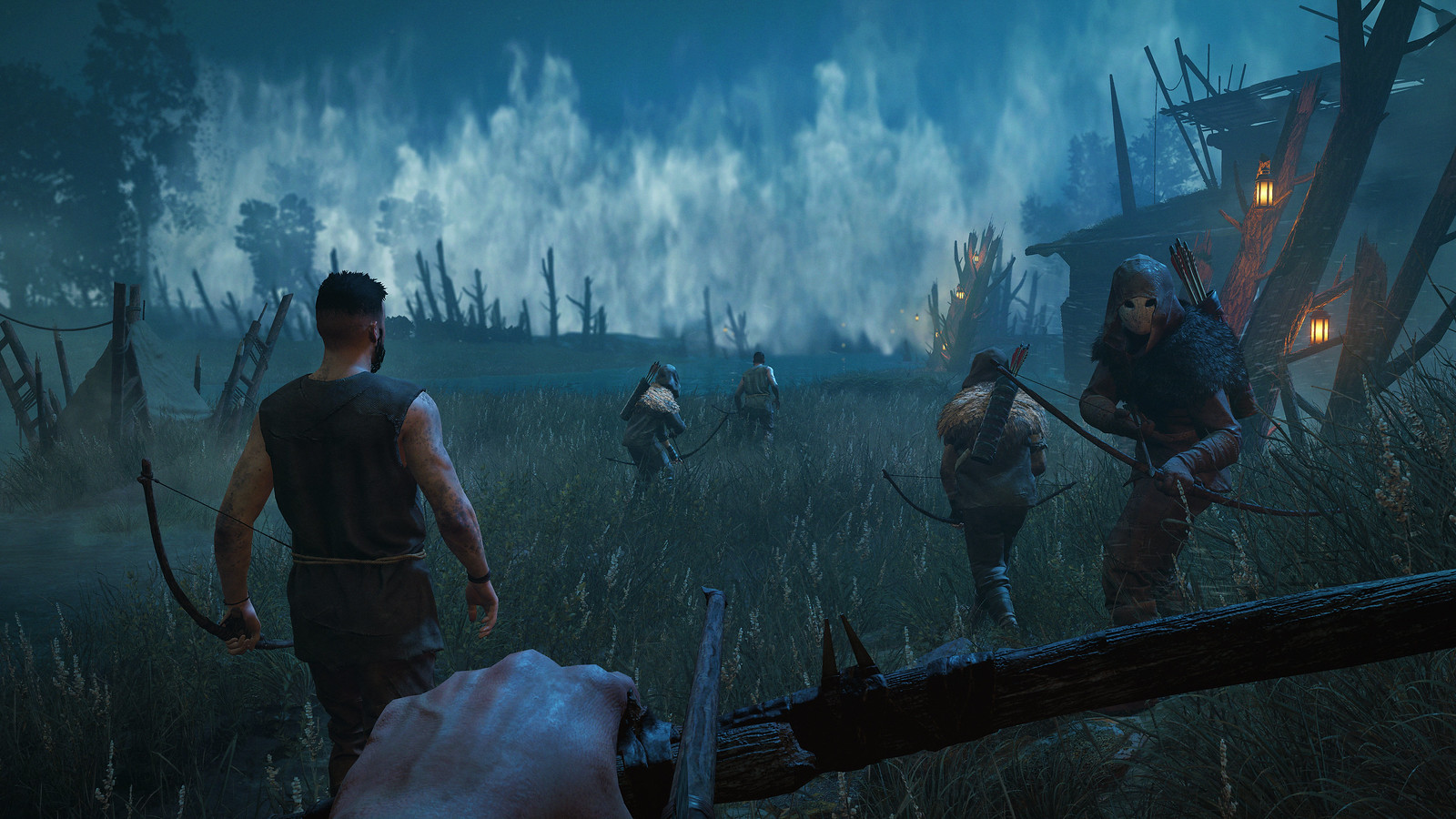 Charting progress in an open-world game is always a fine art and one that Ubisoft has been perfecting for years now. As Jean-Sébastien explains however, the team had no intention of retreading old ground with their latest installment.

“In Far Cry 5 we had the Resistance Meter and that changed with the story. We’ve put that on ice, but we wanted to keep something that would chart progress organically, so we have your home base ‘Prosperity’.

Prosperity is the peaceful, fledgling community where you’ll begin your journey, but unlike Dutch’s Bunker, there are more opportunities to make this a home rather than a simple bolt-hole.

“You find resources, invest in your home base and the story will move forward as you do, attracting new life — people, children and even pets — and they’ll also feedback on what’s happening in the game, commenting on the major story moments that unfold.

“There are seven different facilities within Prosperity — including the garage, healing garden and cartography desk — and these can be all expanded and upgraded with resources to level up your character and unlock new tools, vehicles and weapons.” 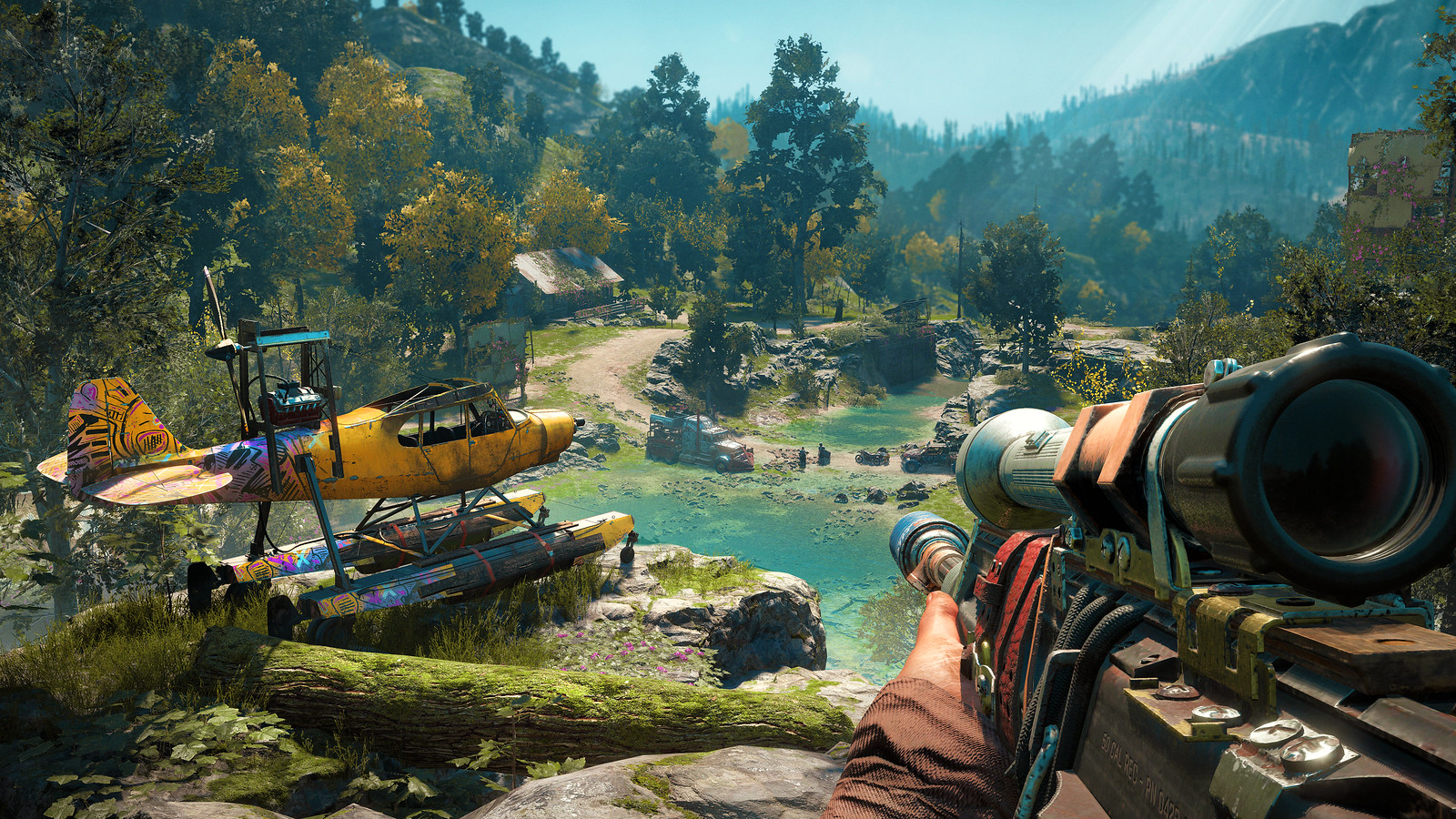 Crafting is king: if you can’t buy it, build it

The Far Cry franchise is no stranger to crafting; with a mechanic for combining materials to build new items playing a significant role in most entries this generation. For New Dawn though, the team were confronted with a clear narrative spur to push these mechanics further than they had in the past.

“Hunting around, collecting what you can and piecing stuff together to make weapons and tools is key to the narrative of the world. That gave us ideas for these crazy new weapons, like the saw blade launcher.

“In Far Cry 5, you could buy weapons and upgrade them with scopes and silencers, but in New Dawn we wanted a different approach. All the weapons are unique and can’t be customized – if you want new weapons, something more powerful or efficient, you’ll have to find the materials and build it.

“Of course, sometimes people fall in love with a weapon and want to stick with it. What we’ve done for those players is to make it so you can keep investing resources in a weapon and raise the stats.” 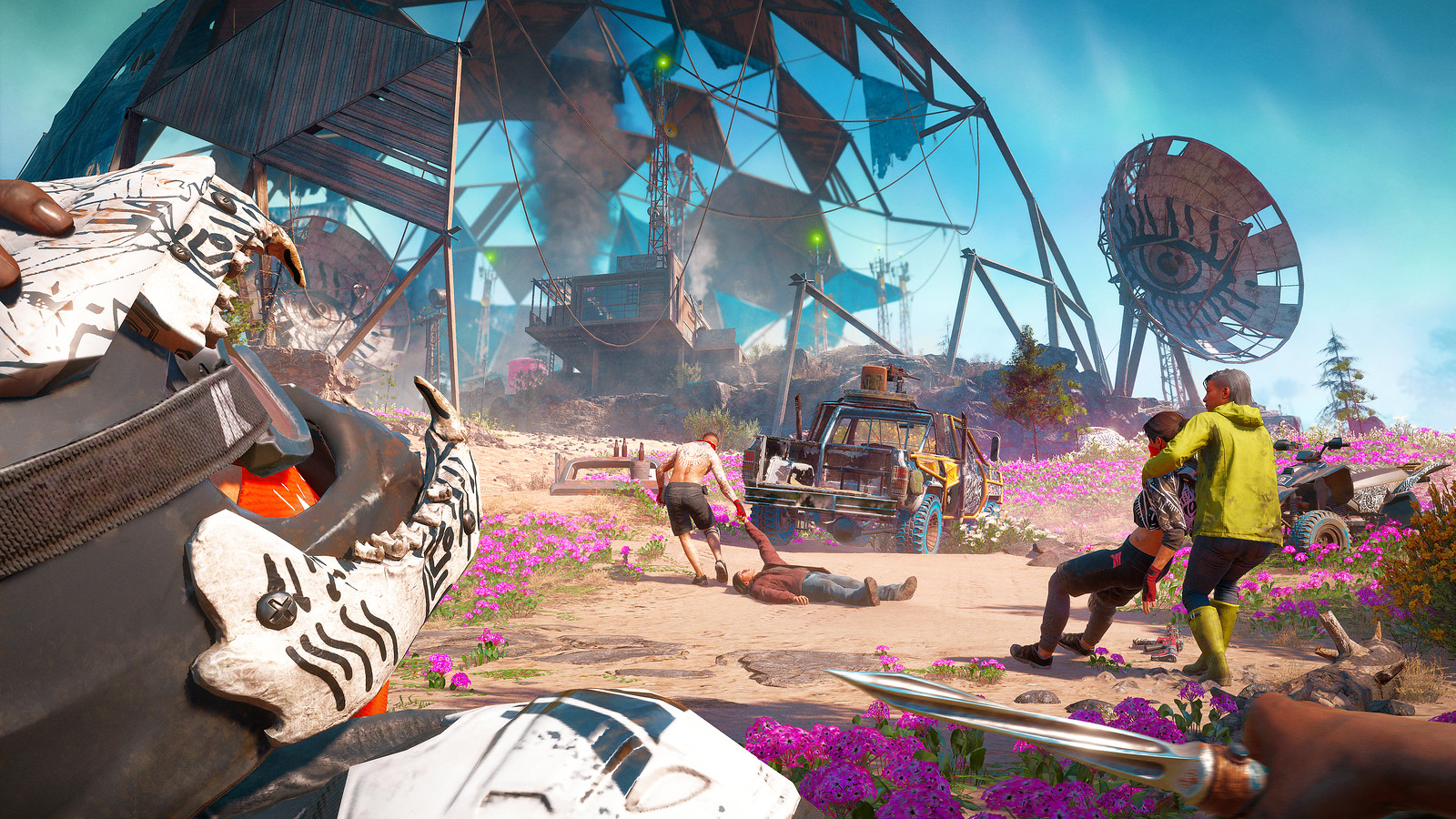 Those familiar with pop culture’s favorite post-apocalyptic settings have a fair idea of what to expect when they set out into a nuclear wasteland. The team at Ubisoft, however, were determined to put their own twist on familiar tropes.

“We studied what could happen in a situation like what we have in Far Cry New Dawn and tried to create a believable scenario, but we had a little ace in our pocket: Bliss. There was a lot of this messed-up drug in Hope County that the cult was using to keep people sedated. We thought: ‘Imagine if you mix this with radioactivity.’

“This gave us a way to create some surprises for the player, mostly with animals, but for some other things too… which will be revealed later.

“These will be some really tough battles, but what you can get from them is necessary to craft some of the most powerful weapons in the game.” 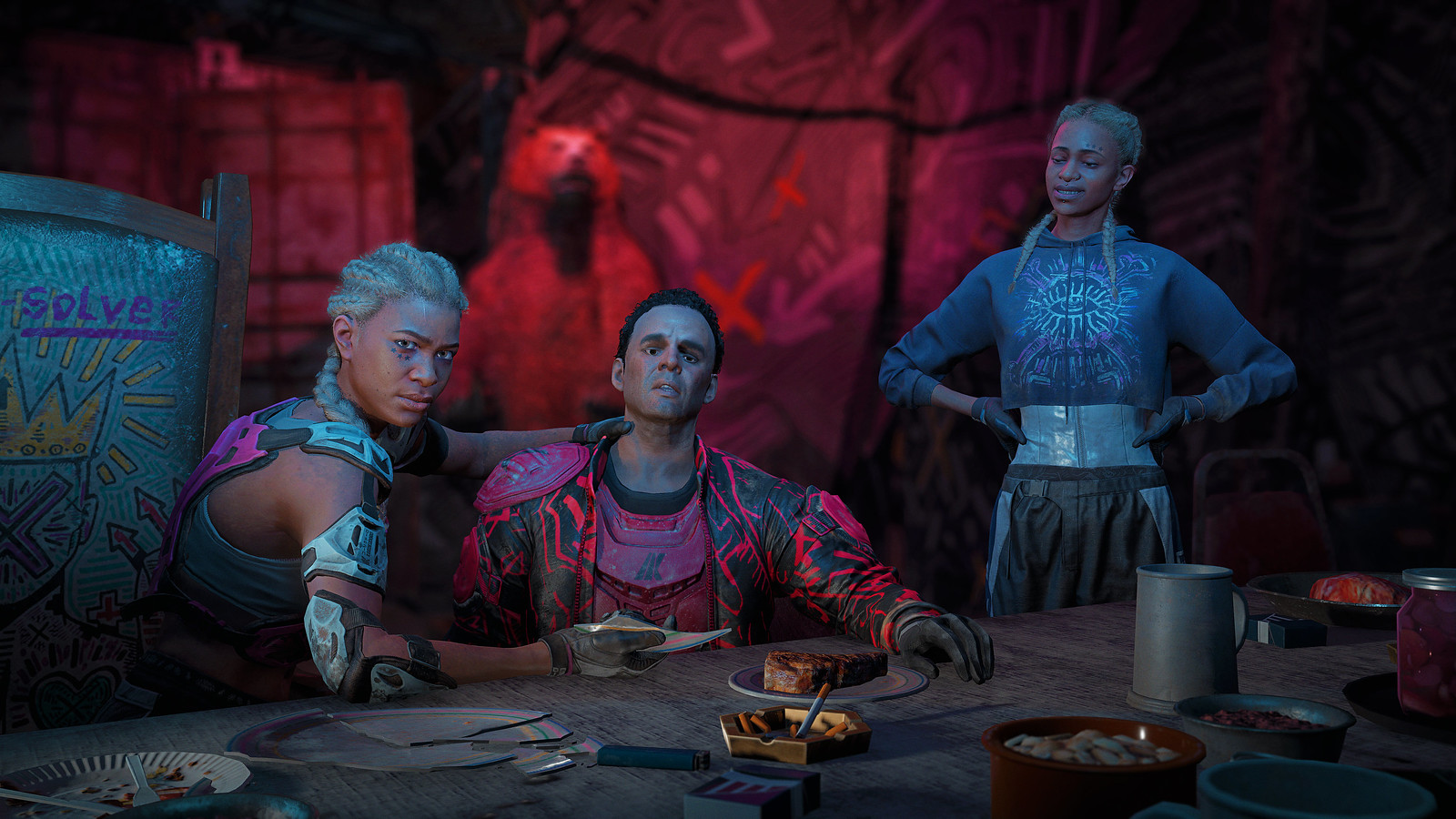 The cultists have left, but the bandits have moved in

Joseph Seed’s ‘Project at Eden’s Gate’ cultists were a major driver for the narrative and gameplay in Far Cry 5, but what good are doomsday cultists when doomsday has already come and gone? Enter a fierce new enemy to keep you on your toes: The Highwaymen.

“The Highwaymen — the main adversary in the game — are not as organized as the Project at Eden’s Gate cultists and they don’t have a fixed doctrine. They’re together simply because they need power to survive: a place at night to sleep safely.

“They’re marauders at heart — violent and desperate, but as focused or driven as the cultists — and they’re after the same resources that you are. Ethanol is the main fuel used in the game and is gathered up and stored by the Highwaymen, so you’ll need to fight them to secure resources you’ll need to expand your home base and keep it running.” 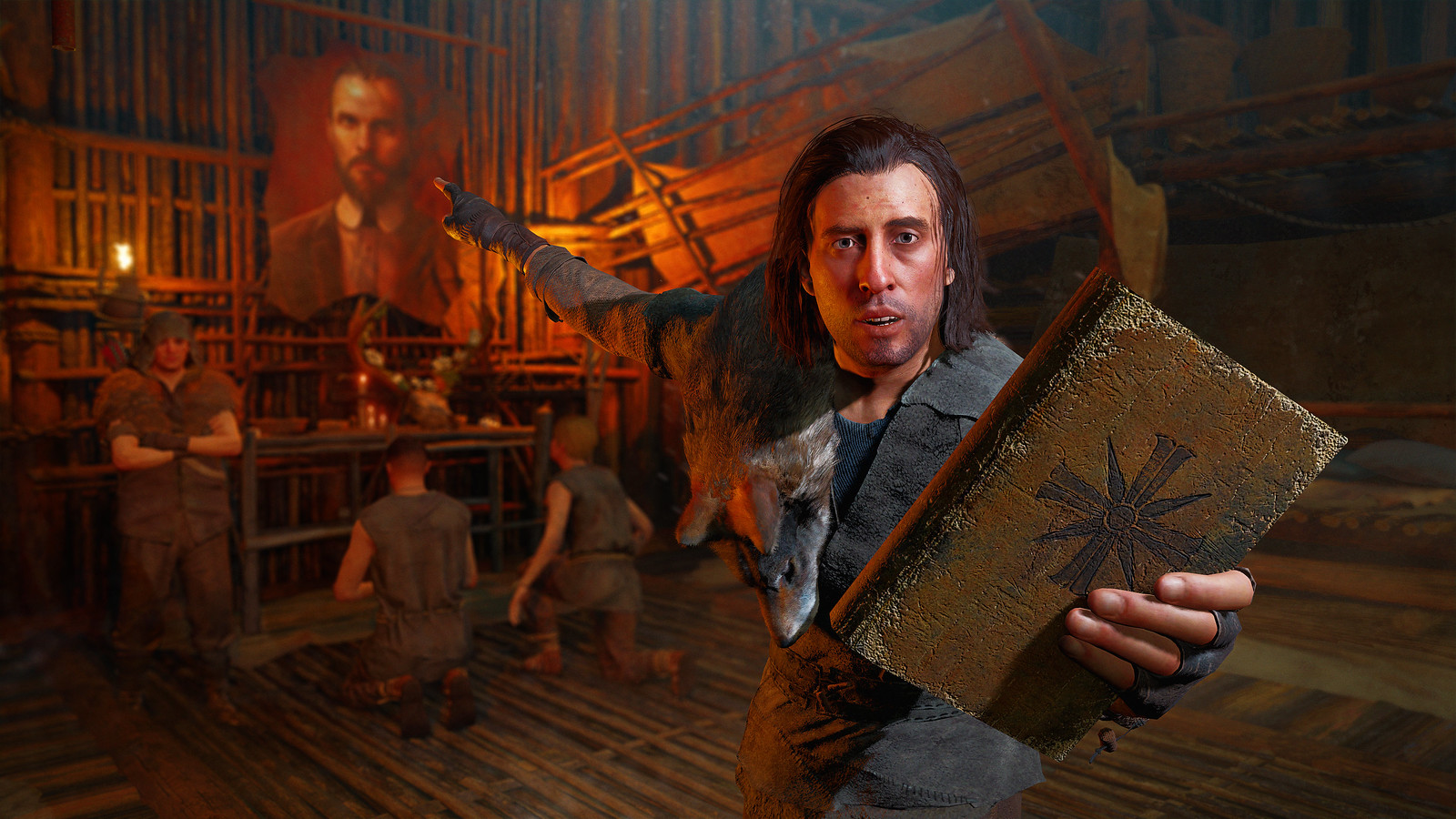 The world is much less grounded

There’s a bit of tradition within the Far Cry franchise of taking existing game worlds and re-invigorating them with wildly imaginative interpretations — we saw it with Far Cry 3: Blood Dragon and Far Cry Primal, and Far Cry New Dawn, as Jean-Sébastien explains, is no exception.

“We have lots of crazy stuff in the game, because we know people enjoy being able to fool around. There’s a Planet of the Apes-style suit and full set of mechanical limbs that can be unlocked by completing outposts.

“We’ve added facial hair to the character customization and you can apply this to both male and female characters. People were really attached to the outfits that we created for Far Cry 5. We wanted to stick with those and then add in new things to have as much variety and craziness as we could.” 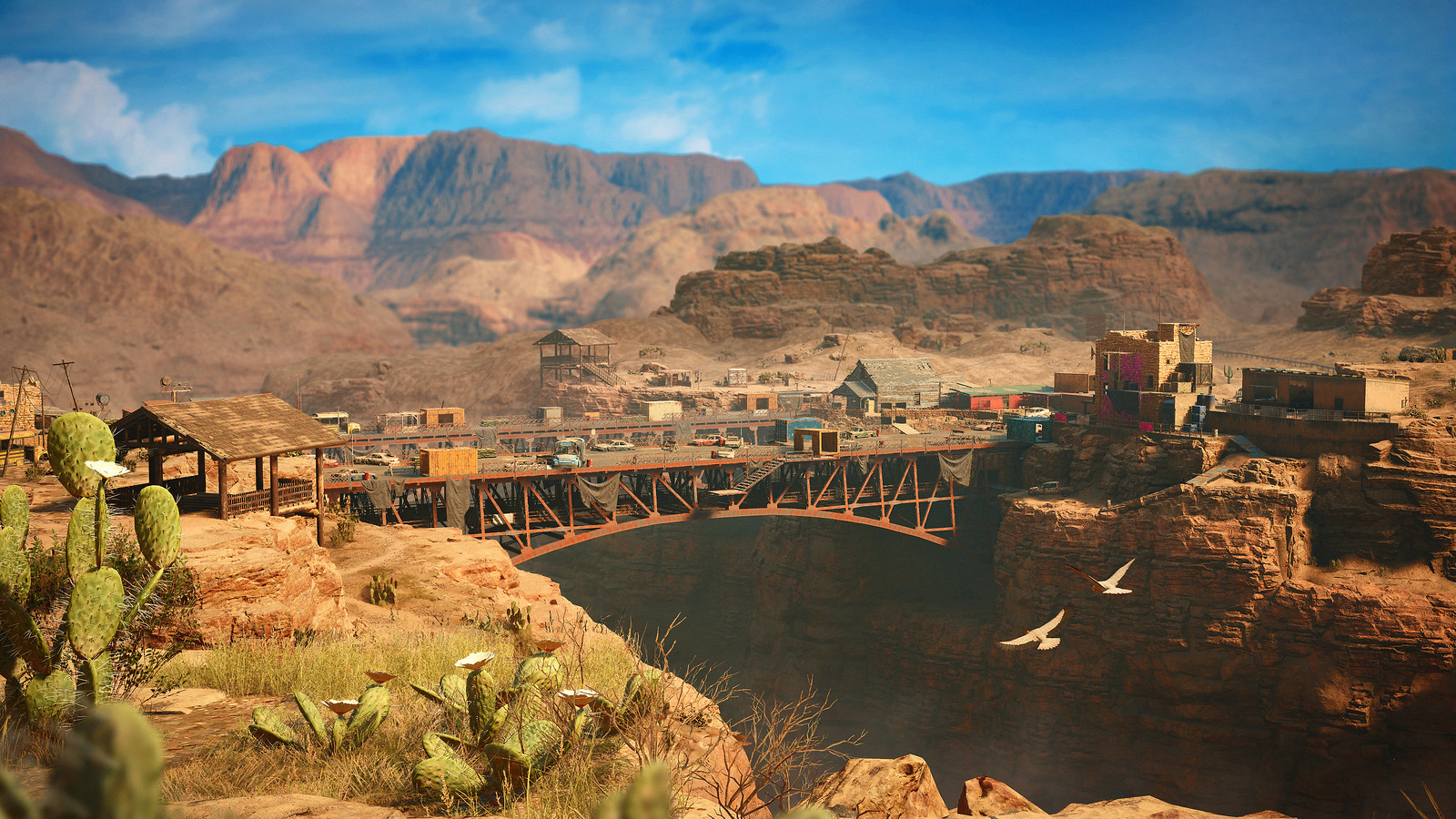 You can go beyond Hope County

“In Far Cry New Dawn, the whole planet has been affected, so we had the opportunity to imagine places outside of the main game areas. This inspired us to create a challenging new mode with co-op as the focus that could happen outside of the central play area.

“We call these ‘Expeditions’ and we have seven totally different maps: a derelict amusement park out in the Bayou; the abandoned prison on Alcatraz Island that you travel to by helicopter looking for specific resources to bring back.

“These areas are pretty large, but because they’re separated from the main world, we don’t have the same technical constraints. This meant we could enhance the graphics and create new scenarios that are way more manic than you’d normally expect in Far Cry — with more enemies or larger indoor spaces that make for a very different gameplay experience.”