The Macquarie report from David Gibson that implied the NX could work with PlayStation 4 has been unearthed. If you were looking for that rumor to be reality, unfortunately, you may be disappointed.

It’s possible the NX works with PS4 or PC’s which would be a major change for Nintendo and be a positive.

In other words, this is speculation, and should be considered separate from what our source knows about Nintendo’s plans.

So, what does the analyst know and assert that compelled them to give Nintendo an outperform rating?

You can read the full report below, but to sum:

1)      An NX product was pushed forward to November 2016 from November 2017. Macquarie’s analyst believes this will be the portable NX device, to be followed by the console NX next year.

2)      Nintendo’s stocks went down because other analysts believe NX is priority over their mobile games. However, these analysts are underestimating Nintendo’s mobile plans.

4)      Lastly, they believe the NX will work with smartphone devices. Based on what we know about Nintendo Accounts and My Nintendo, this is perhaps the most reasonable guess they’ve made.

Read the full analyst report below (click through to see full size). 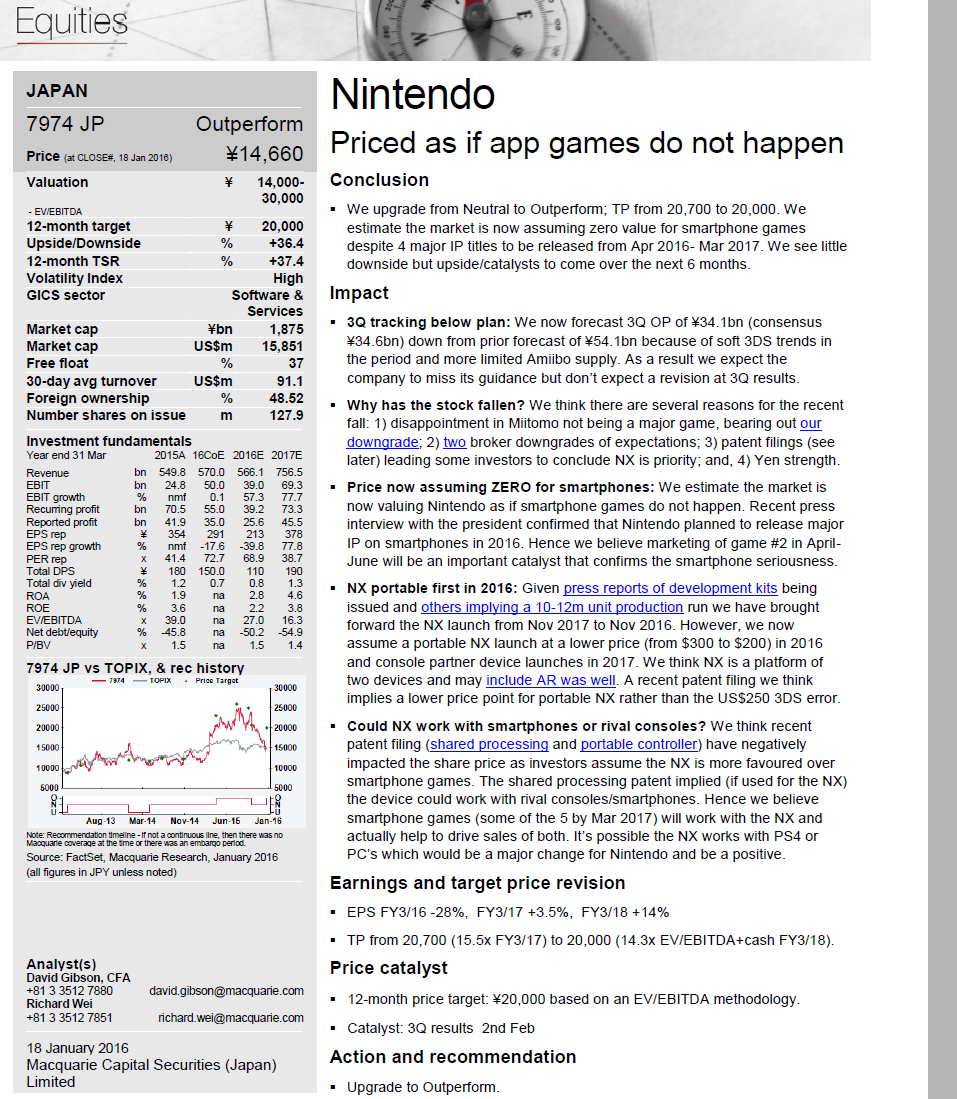