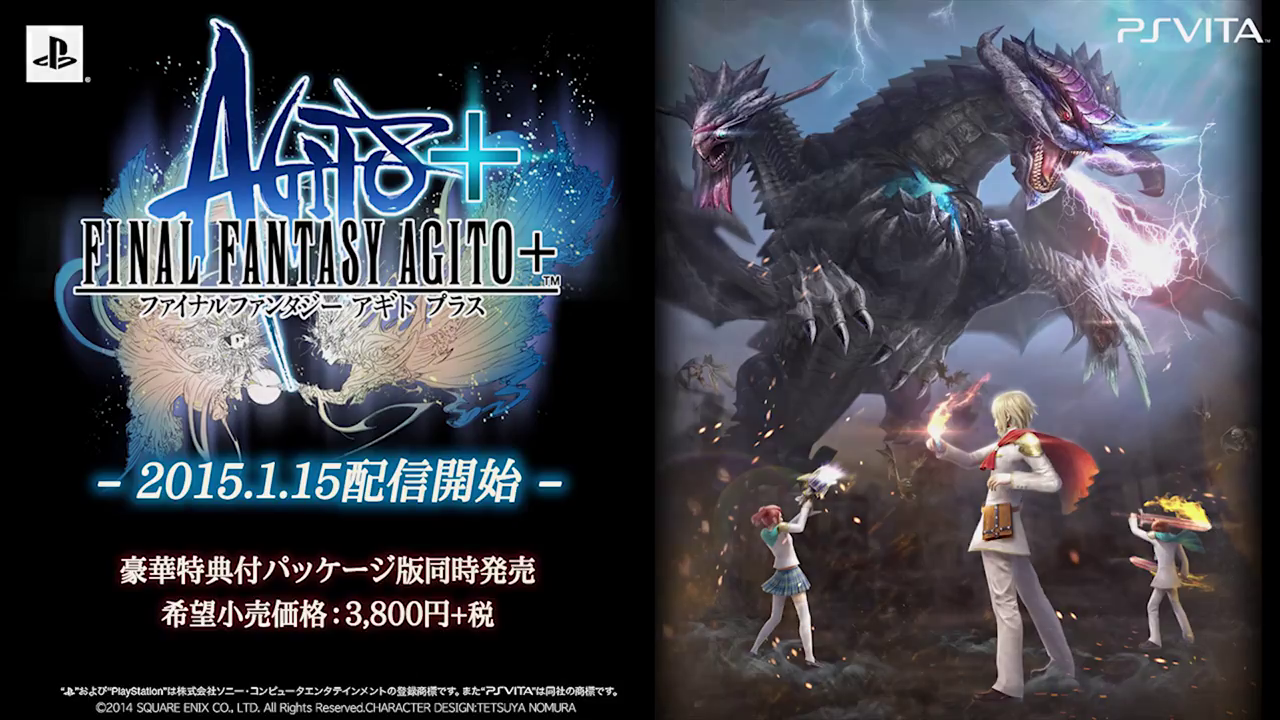 Final Fantasy Agito Plus has a fourth trailer courtesy of the Tokyo Game Show which kicked off in the Japanese capital earlier today.

The choice of music is interesting, to say the least, but the main point of interest here is that the game is coming to PlayStation Vita. This is the iOS and Android version of the game, not a port of the PSP game.

Agito Plus is releasing on Vita on January 15th in Japan but whether it will ever make its way to a Western release on the handheld is anyone's guess.

Square Enix has previously confirmed that Agito Plus will be making its way to iOS, Android, PS4, and Xbox One in North America.