The new update will be free for all users and is currently available to download right now! It will come with a slew of new free content such as new cars, a new circuit experiences, and plenty more coo new things.

Check out the new Gran Turismo Sport update trailer down below:

The following is a list of contents included with Update 1.36:

In addition, the following new rounds have been added to the GT League:

■ Endurance League
One new round added to the Gr.1 Prototype Endurance Series.

3. Here are additional features for your enjoyment.

SCAPES
“Cherry Blossoms – Heralds of Spring” has been added to the special featured section.

MUSEUM
“Super Formula” is now featured in the Museum. 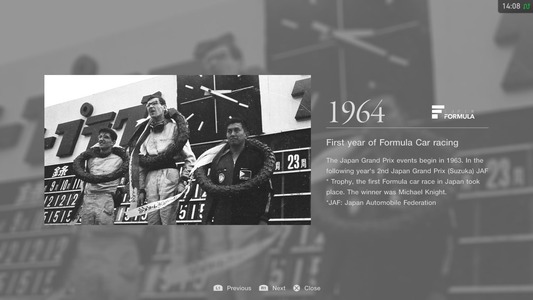 CIRCUIT EXPERIENCE
AUTOPOLIS has been added to the Circuit Experience.

There will be various other features, improvements and fixes implemented in this update. We hope you enjoy the continuing evolution of Gran Turismo Sport.

Gran Turismo Sport’s latest update — 1.36, is now live to download. Are you still enjoying the critically acclaimed racing title? Let us know in the comments below!